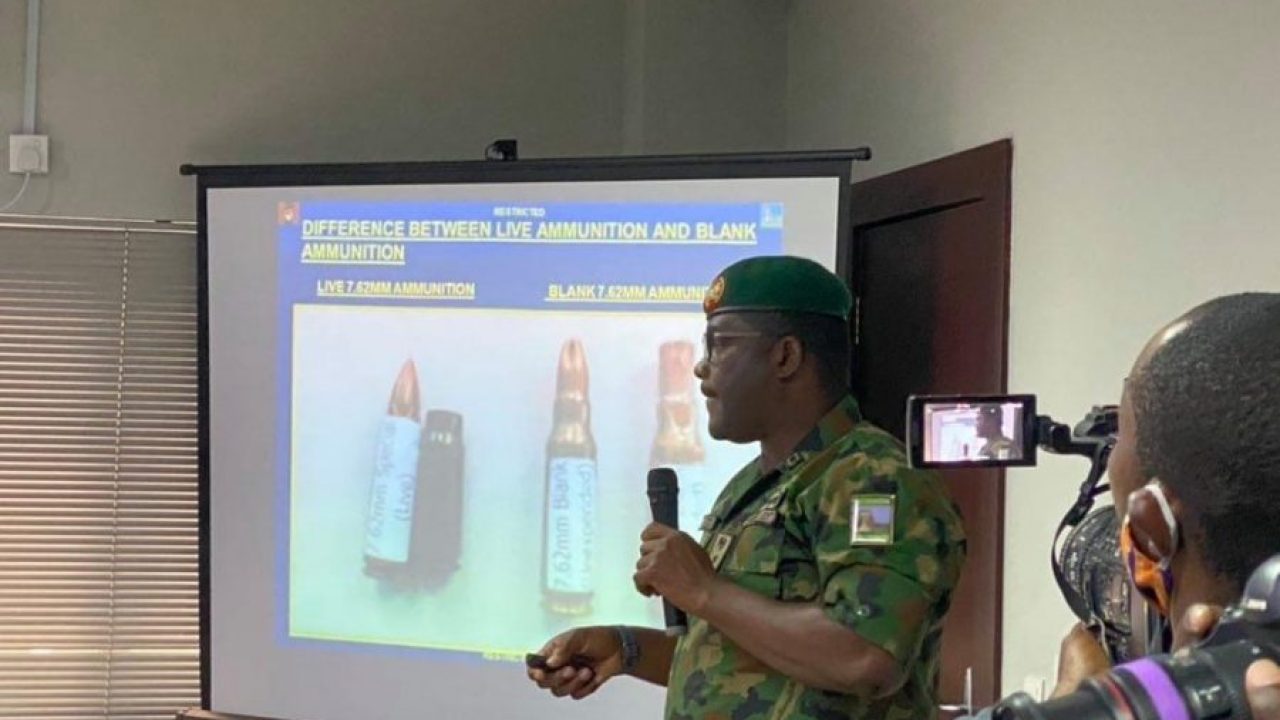 The Nigerian army says it took live bullets to Lekki Tollgate on October 20,2020 when it went to disperse #Endsars protesters.

The Commander of the 81 Division of the Nigerian Army, Ibrahim Taiwo,  disclosed this on Saturday while testifying before the panel  set up by the Lagos State Government  to probe the incident.

While being cross examined by Olumide Fusika, a Senior Advocate of Nigeria (SAN), Taiwo insisted that no one was shot dead as soldiers only fired blank ammunition at the protesters and not live rounds.

He said they were meant for the protection of the army team that was deployed to restore order in the state.

The army commander said while the soldiers who opened fire used blank bullets, their colleagues with live rounds were on ground to protect from suspected hoodlums who fomented trouble.