Home Commentary When a university is in the news for the wrong reasons By...
Commentary

This may not be the best of time for some Nigerian higher institutions. While many of them are still struggling to shore up their poor rating in global rankings to boost their academic reputations, negative reports of atrocities perpetrated by their students are denting their image locally.

Aware of the responsibility to teach character and academics, many of these institutions try as much as possible to push out the bad eggs in their midst from time to time.  However, in spite of  their efforts, cases  still abound where students  do things that   paint these  institutions in bad light. Unfortunately, they end up suffering the collateral damage caused by their erring students as the public use them as reference points.

Take for example the case of the alleged murder of the Chief Executive Officer of Super TV, Usifo Ataga, in which 21-year-old Chidinma Adaora Ojukwu, an undergraduate of the University of Lagos (UNILAG) has been named as the prime suspect.  UNILAG’s image and reputation has been badly affected.  As a product of the university  and former student of the department of mass communication, I can confirm that many alumni of the university and indeed ex-graduates of the department , where Chidinma is currently at 300Level, are not finding the story funny at all.

Initially when the news broke, many alumni on our Whatsapp groups  thought it was just one of those things until they realised that the suspect was not only  linked to UNILAG but the Mass Communication department.  At that point, it was like pouring cold water on everyone.  You see, the Yoruba proverb is right after all. It is fun to watch a mad man display in the marketplace, but it becomes a  whole different ball game when the mad person is one’s child. How I wish we could all learn to show more empathy, this bound to change our perspectives and reactions to many things. 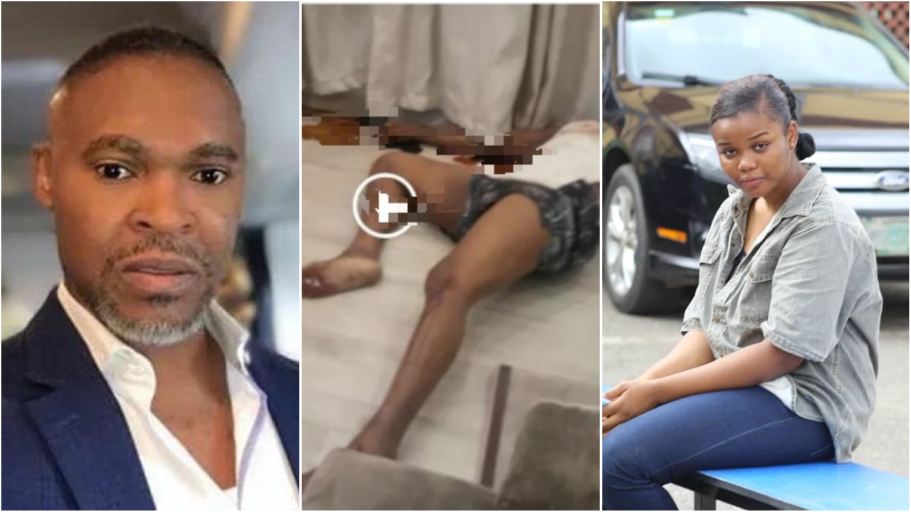 Anyway, if old students of the school could feel this way, one can only imagine how embarrassed the university authorities would have been with the way the name of the university is being dragged up and down into a murder case.  Little wonder the university vice chancellor, Prof. Oluwatoyin Ogundipe, while succumbing to public pressures to speak on the issue, ended up saying nothing as it were.

We all knew  all these facts before now. But then, what could the VC have done in this situation?    The university couldn’t have denied her studentship. After all, the same institution would have celebrated her if she had brought honour to it. Besides, it is too early to make a definite pronouncement on the suspect since the case is still being investigated, her confessions notwithstanding.

Another case that comes to mind this week is that of a student of Lagos State University, Afeez  Ogunbowale,   who was on Tuesday sentenced to 21 years’ imprisonment for  armed robbery and rape of two fellow students.  In reporting the story, the university image was used for illustration by most online newspapers including franktalknow.com where I am editor-in-chief.

Although not intended, the action of the media further damaged the image of LASU, a university that has been enjoying favourable global academic ranking in recent times.  A well respected professor in the university, who incidentally chaired the disciplinary panel that had recommended the expulsion of Ogunbowale months before the court’s pronouncement,  got in touch with me and wondered why the Nigerian media would use the university image to illustrate the story as against  the picture of the convict. 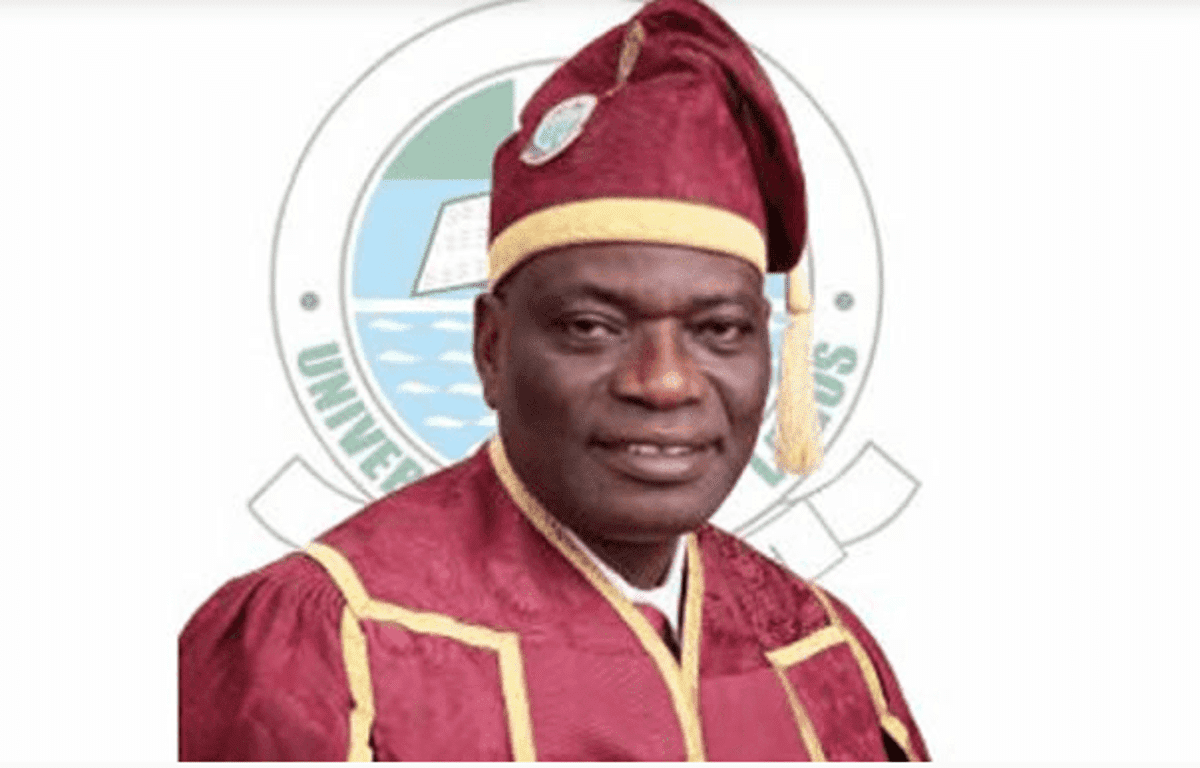 The don surely has a point; but the plain reality is that the media will always use any image  that they think will resonate with the audience to drive home their message. This is sad but that’s how media works.   Except a conscious effort is made to project the face of the offender, the image of the victim will remain in the media if the victim is more popular. That is exactly what happened in this instance. Only one medium used the picture of the convict when it was searched on Google and in a situation where people aren’t sure if such image is true or false, they would go for what they are sure of ,which in this case,  is LASU image.

As unfortunate as it is, schools may continue to suffer the repercussions of the bad behaviours of their students, just as parents bear the shame of raising deviants regardless of whatever good investment they might have made into the lives of such children.

What is the way out?  Should Nigerian higher institutions start thinking of designing fresh criteria for admitting students aside the usual emphasis on academic performance?  Since they are expected to produce graduates that are worthy in character and learning?  If they do, how can they guarantee that students that meet whatever standard set for character admission will not get out of character afterwards?  These are tough issues really because human beings can be both unpredictable and pretentious.

Unfortunately, with the reality on ground, we are likely to  be confronted with  more cases of deviant behaviours on our campuses going by  the increasing rate of cultism in our primary and secondary schools now. Besides, the culture of bloodletting and violence in the country is becoming unimaginable.   There is a high tendency for well-trained students to succumb to pressure from peers and be lured into bad associations if nothing is deliberately done to check the drift.

I guess our higher institutions are still getting by in spite of the  image battering they suffer here and there because of Nigeria’s level of underdevelopment. Here, over 1million candidates sit UTME  every year and  less than 300,000 gain admissions.  The candidates are more than the available spaces, so the institutions don’t have to compete for students unlike universities abroad that have to build strong image and reputation  to attract valuable students.

Educational institutions in the developed parts of the world spend  huge amount of money on communication campaigns to attract prospective students. In some climes, an institution’s image determines the donations  they get for  research and development.  In this age of internalisation of higher education, Nigerian institutions cannot  afford to remain the way they are. They have to adopt a new strategy if they are really interested in attracting foreign students. The foreign content of an institution counts in global ranking.

Ultimately, institutions that care about their reputations would have to be more intentional in choosing students that are allowed to wear their badges.  They may have to begin to look into  past criminal records of prospective students and put measures in place to deal with students with criminal tendencies. I know that getting this done in a country   like Nigeria where almost everything is politicised and university autonomy exists only on paper, is a tall order.  But school managements may have to find a way around this complex situation going forward.

Nigerian institutions have to take the concept of corporate image more seriously if they truly aspire to be global players.

I read and follow your written articles frequently.  Many individuals have been supporting our students without blowing our trumpets.  Mine is an example per attached.

Thank you very much for the Prof Godwin Igwe Prize fund for the Best and Second-Best Graduating students of the NLNG CENTRE FOR GAS, REFINING & PETROCHEMICAL ENGINEERING.

We have received the total sum of N1,500,000= (One million five hundred thousand naira) only for the 10-year period as stipulated by the University of Port Harcourt.

We, at the Centre, will issue a receipt tomorrow and the University letter will follow as soon as it’s written.

Once again, we are very grateful for your kind gesture and magnanimity.

Thank you very much, Sir.

Academic price of 1500 for best grads

I read your publication on the issue of 1500 given to best graduating students in a Nigerian  university, UNN.

I  have also read how scholarship payments for students were delayed.

I also noted how Nigerian youth subscribed in millions to BBN, and may prefer it to academic excellence.

Most of your observations are very correct. However you should also suggest solutions to  Nigerian youths.

Most Nigerian youths have lost their vision or have no vision at all. They prefer to float on social media following fake and unrealistic ideologies.

Please keep writing. We will change the country for the best.

I read your well articulated article published in Sahara Reporters and I quite agree with you, “We all need to re-examine the value we place on education, brilliance and academic feats”.

Thank you for this beautiful piece.

This matter has been discussed and rested and the people concerned advised to delist such prizes since those that instituted it do not want to upgrade.

You should be in a position to advise the public that it is not the University that instituted the prize. The shame should belong to the family that has refused to continue to honour the memory of their forefathers.