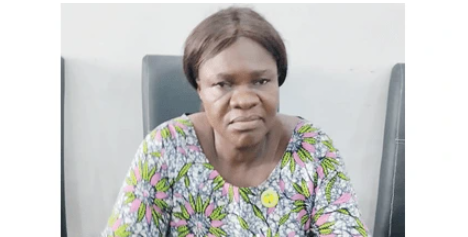 Mrs. Beatrice Nkwuda is the former Woman Leader of All Progressives Congress (APC), Ebonyi Central, and former Special Adviser to former Governor Martin Elechi on Primary Education. In this interview published by New Telegraph, she speaks on her defection to All Progressives Grand Alliance (APGA), women in politics, and the 2023 general elections

Why did you leave APC?

My former party, the APC which I joined in 2015 till November 2022, has all along been a better option for Ebonyi people, not until the entrance of the PDP members led by the present Governor of the state, Engr. Dave Umahi.

We were free but when he entered, he took over everything, not minding the old people in the party. He never accommodated the old members even till date and when he came in, he was so autocratic that it is what he said that must be done.

Democracy is for the people and by the people but in APC, there is no more democracy. It is for one person and in my kind of politicking, I like to express how I feel on every issue, in conformity with my fundamental human right which I have to express, but when you are in a place where you are caged, you have no such opportunity and for me to be there.

I don’t feel comfortable and for the people I represent as a Woman Leader and because of it, I called it a quit. I have to quit the party because of their deceitful nature; they are not accommodating. And most of it all, allowing you to express fundamental human rights which are enshrined in the constitution is never there.

A leader must have followers and when you don’t have followers, you are no longer a leader. Politics is all about interests and you go to where your interest is protected and when you are no more protected in those areas, staying there is a waste of time. So, in order not to be wasting my time in APGA where my service is valued because when you don’t even know your value, you are valueless and you will remain irrelevant.

One has to be relevant and one has to be taken for what one is. Mediocrity is what is happening in APC; they don’t want people who know the work but those ones they can be carrying around like sheep, and order ‘go here, go there’ even against your will. So, this is the reason why I left APC.

If you are approached by the state government to return to APC or join the government, will you agree?

God forbid! How was that possible in the administration of how many days? I have been there, I never joined them. How can I now join them when they have a few days to go? The government even nominated me in their campaign council but I rejected it and declared for APGA.

But people are seeing APGA in the state as a sectional party that has not done much in reaching out to other sections of the state. Do you see APGA winning the 2023 elections in the state?

When you have a good product, it is not where you put it because other people will come and buy it. It is not only the person that is holding the product but those that see that the product is good will come and buy it. APGA has a good product and they are marketing that product which is Professor Bernard Ifeanyichukwu Odoh. He is a good product and the entire Ebonyi people are longing for him and they are going to vote for him. So, APGA is not a sectional or clannish party, it is widely accepted in the state.

You were in PDP where you were Special Adviser to Elechi on Primary Education. Now you have moved from PDP to APC and from APC to APGA. Are you not seeing this as an inconsistency politically?

Well, it is not an inconsistency from one party to the other. Before you go into a political party, you will first of all go through the party’s manifesto. You will first of all go through their rules and regulations and when you get there, you have to be checking whether they are doing those things they said they will do. These are what will make you want to be in the party but in a situation where they do different things, it is deceitful and lies and one cannot remain in such a party because you want to remain a member of that party.

You cannot be a member of a party that says yes and it does not become yes. You cannot be static because you are not a tree. It is only a tree that will want to stand when they want to cut it down. So, my leaving APC does not make me inconsistent because I am looking for good administration for the people of Ebonyi State.

Ebonyi State was created for people to be free, for people to show what we can offer. We have people that have integrity, people that have proved themselves in leadership. But for close to eight years now, everybody has been moving like sheep without shepherd, moving without hope whereas we have hope because Ebonyi State has been created and that is what APGA will offer to the people and that is why I am in APGA to help in offering us that freedom we have been longing for, the development we have been longing for. This is why I am in APGA.

How prepared are you in this APGA because you may face threat and intimidation, especially from the men folk?

Well, security is of God. God secures his own and for me I believe it is what one has in mind that helps or mars the person. For women in politics, before you venture into politics you must have a purpose and when you have a purpose, you have to be focused believing in that purpose. For me, it is just God’s grace. I started from the grassroots.

I was the Supervisory Councilor for Health after which I moved to the state level where I was made Special Adviser to the Governor on Primary Health. In those periods I was there, I knew the impact I made, those legacies are still there and I was not intimidated when I held those positions.

So, I cannot be intimidated by the menfolk because I want to help my people as a politician. I want to prove a point that women in politics are no prostitutes as they are being regarded. It depends on what one wants. Even men know serious women in the game and when they want to choose, they choose the one that is serious.