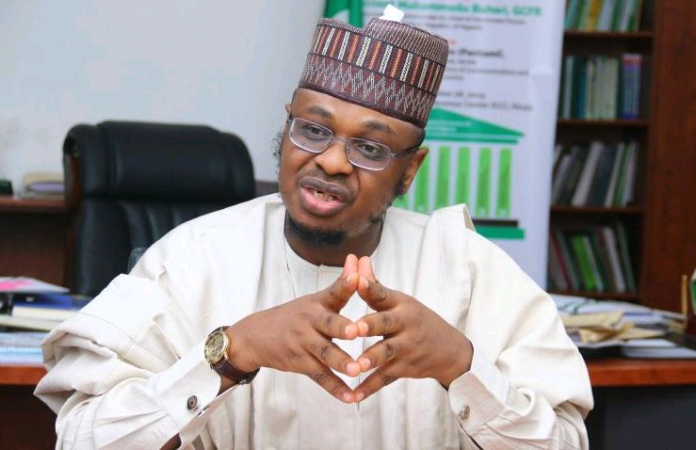 Authorities of the Federal University of Technology, (FUTO), Owerri, have explained why the university made the Minister of Communications and Digital Economy, Dr Isa Ali Pantami, a professor, saying the name he gave to the university was Dr Isa Ali Ibrahim before his appointment.

FUTO also insisted that the appointment of the minister to the position of professor “followed required due process.”

Pantami was recently elevated to the academic rank of a professor by FUTO along with some other lecturers of the university.

The minister’s elevation has generated controversy, with many faulting FUTO on the promotion of the minister, who has never been on the teaching roll of the university and whose highest academic attainment was just a lecturer before he ventured into politics.

According Saturday Tribune , the Registrar of FUTO, Mr John Nnabuihe, said: “The university knows him as Dr Isa Ali Ibrahim based on the documents in his file submitted,” adding that he was assessed alongside other internal memers who were alsoappointed as professors. Nnabuihe defended the promotion as deserving, saying it was “based on his qualification which he merited through long years of research works.”

Nnabuihe said Dr Isa Ali Ibrahim was not “promoted” as reported in some quarters but was “appointed” because he was a Reader.

The FUTO Registrar said “the only reason why it looks like it is a promotion is because he was a Reader and has not attained such position before. So, he is appointed into a higher position than where he was before.”

He said: “Somebody who is not your staff, you cannot promote him.” Nnabuihe said that after Dr Ibrahim graduated in Computer Science, he started as a lecturer at the Abubakar Tafawa Belewa University. Dr Ibrahim, according to him, later went to another university in Saudi Arabia and was thereafter appointed as an “Associate Professor,” which was where he stayed for some time until he was appointed as the Director General of the National Information Technology Development Agency (NITDA) which he said was “like a research institute.”

According to him, in such a research institute, somebody could be there and at the same time would be publishing papers that could make him qualify. He said based on that, a particular university “could decide to appoint someone as a professor.”

The FUTO Registrar told Saturday Tribune that in September 2020, FUTO advertised for the position of professor and lecturers in different disciplines in the institution and Dr Ibrahim applied.

He said: “If an associate professor is in a particular university and another university wants him and after assessing him he is qualified based on his research works and credentials, such a person could be appointed as professor by that university.”

On when Dr Ibrahim would be available to take up his new job in the university, the Registrar said that “is his business,” saying “he applied and FUTO has assessed and appointed him, it’s not my business” (when he would take up the position). On whether FUTO has cyber security as a course, the Registrar said the institution has a Department of Cybersecurity under its School of Information and Communications Technology.