Zulum to Buhari: Hire mercenaries to wipe out Boko Haram 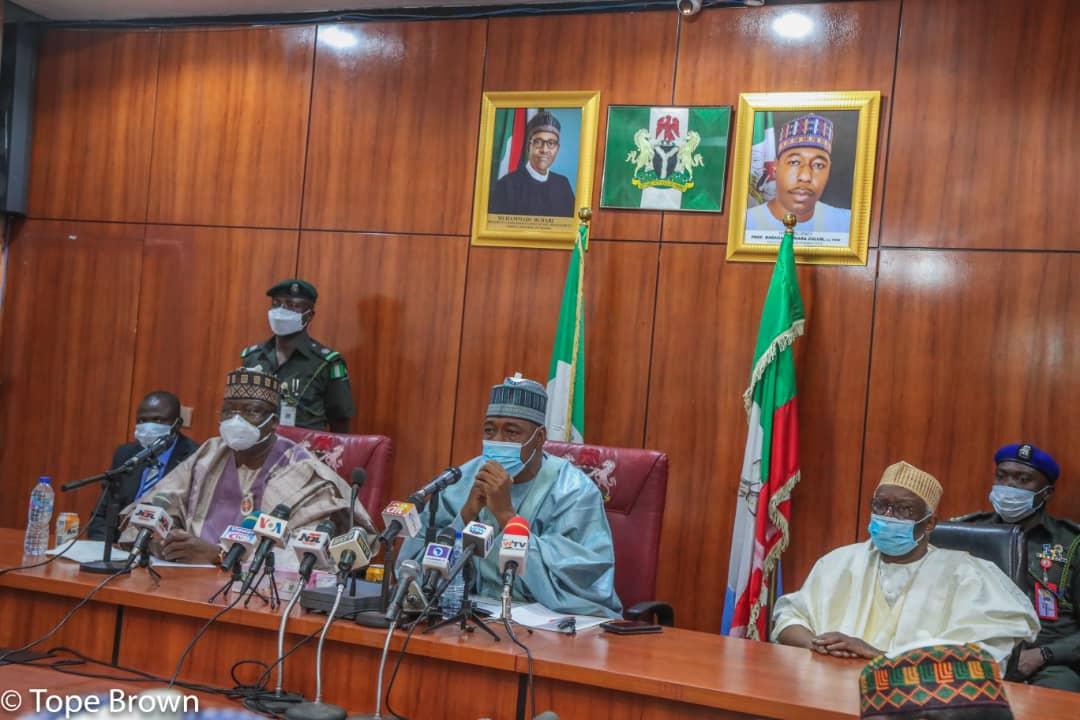 Recall that  former president, Goodluck Jonathan, had engaged  the services of mercenaries to assist the Nigerian army in the war against Boko Haram insurgents.

But the government of Buhari terminated the contract with mercenaries in 2015.

Zulum spoke during the visit of a federal government delegation to Borno on Monday following the killing of at least 43 farmers in the state on Monday.

Zulum listed hiring of mercenaries among his recommendations to the president over the frequent attacks in the state.

Among those in the federal government delegation were Senate President Ahmad Lawan; Ibrahim Gambari, chief of staff to the president; Babagana Monguno, national security adviser; and some ministers.

READ ALSO: Why we negotiate with bandits –Governor Tambuwal

Other recommendations by the governor include provision of armed resistant armoured personnel carriers, rehabilitation of roads and support for displaced persons.

“One of our recommendations as possible solutions to end the insurgency is the immediate recruitment of our youths into military and paramilitary services to complement the efforts of the Nigerian forces,” he said.

“Our second recommendation is to engage the services of our immediate neighbours, especially the government of Chad, Cameroon and Niger Republic, in clearing the remnants of Boko Haram hiding in the shores of the Lake Chad.

“Our third recommendation is for him to engage the services of the mercenaries to clear the entire Sambisa forest.

“Our fourth recommendation is for him to provide the police and the military, with armed resistant armoured personnel carriers and other related equipment.

“We are also soliciting the support of the federal government to support the Borno state repatriation of out displaced persons currently residing in Cameroon and Niger Republic.”

Zulum added that the federal ministry of works had not constructed roads in the last 25 years “in Borno State and most parts of the North-east”.

He said if the federal government can fix the bad roads in Borno and the north-east, “the insurgency would be reduced by 60 percent”.