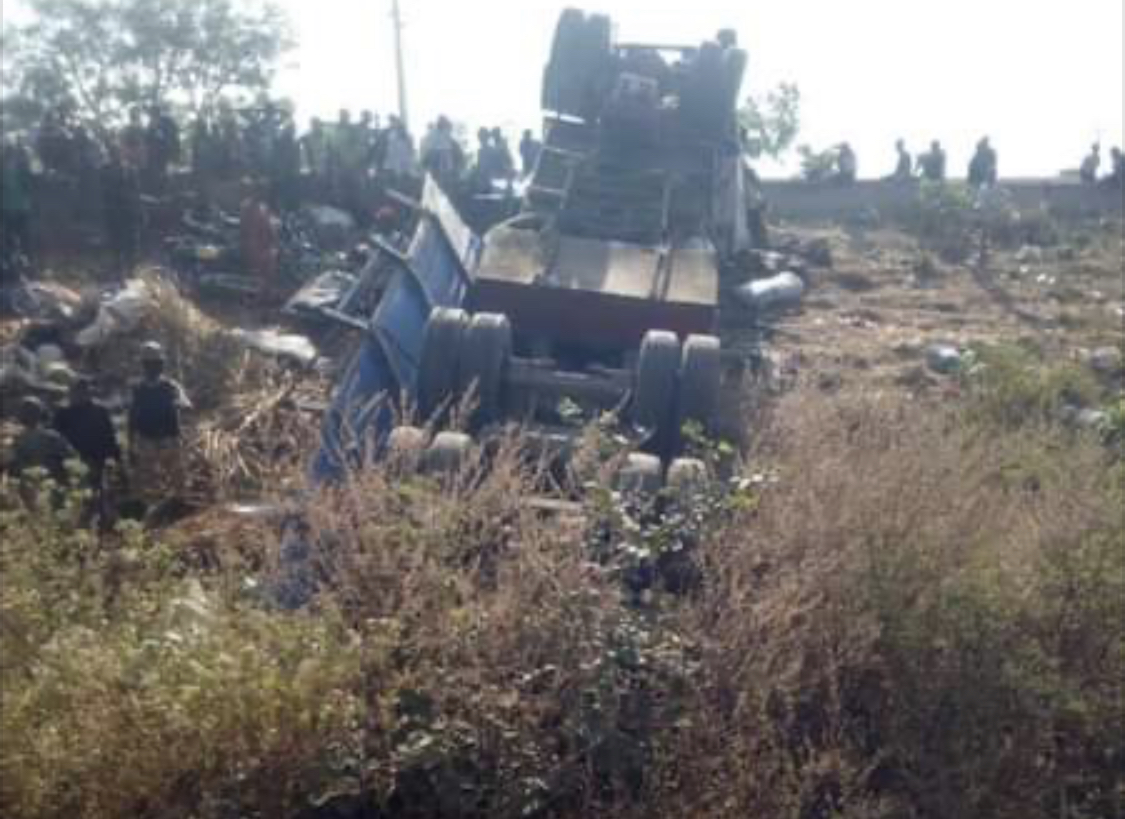 At least 12 people died Wednesday in an accident on the Kaduna-Abuja highway, the Kaduna State Government has announced.

Samuel Aruwan, The State Commissioner for Internal Security, Samuel Aruwan, in a statement, said the crash involved a trailer and “was caused by a combination of speeding, road defects, driving against the direction of traffic, and loss of control.”

According to him, 25 other people were injured in the accident.

The statement reads:  “The state government received a report from security agencies on a fatal road traffic crash which occurred this morning at kilometre 26 of the Kaduna-Abuja highway.

READ ALSO: Bakare: Tinubu had fought and won numerous battles for the Yoruba

“The crash, which involved a trailer, was caused by a combination of speeding, road defects, driving against the direction of traffic, and loss of control. These caused the trailer to veer off the pavement and overturn, as seen in the pictures attached.

“Twelve (12) persons were killed in the crash, with 25 injured, who are now receiving treatment in hospital. Several livestock also perished in the accident.

“ Governor Nasir El-Rufai expressed sadness at the report of the fatal accident, and commiserated with the families of the deceased, while wishing the injured quick recovery.

“The Governor has further enjoined citizens plying the highway to desist from dangerous and potentially disastrous practices like speeding, overloading, reckless driving and driving against the flow of traffic, which was prohibited by the Kaduna State Government a week ago.”