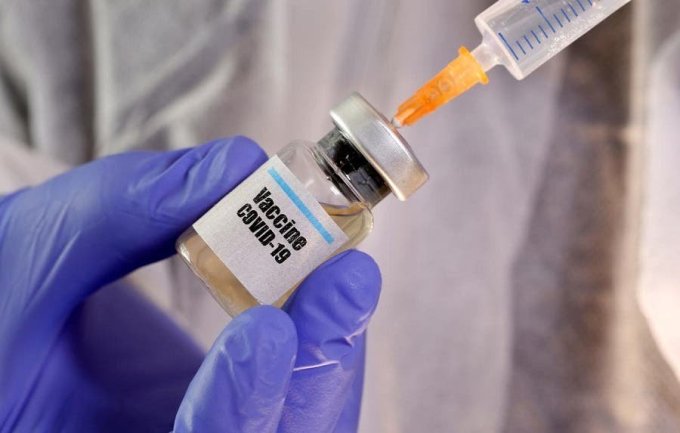 As Nigerians continue to grapple with socio-economic challenges, ActionAid Nigeria, AAN, weekend, demanded the government’s attention on COVID-19 vaccination policy, poverty reduction, revenue leakages, rising debt profile, and others.
This was contained in a press statement issued by the Board of Trustees of ActionAid Nigeria, after a virtual meeting to review the State of the Nation.
The statement pointed out that the Buhari-led administration is making efforts to move the country forward amid the COVID-19 pandemic, but observed that; Negative myths about the AstraZeneca/Oxford COVID-19 vaccines have continued to thrive, which it raised concern over the call for registration for vaccination as this policy of the government has been met with mixed reactions, and also that some Nigerians are still unaware of COVID-19 vaccination despite the online registration portal and house-to-house registration for the administration of the doses of the vaccine set up by the Federal Government.
Other observations include kidnapping, especially of school children which is now gradually becoming a norm in the country as insecurity is still on the rise, with many records of banditry, insurgency, and killings, especially in the North West, North East, and North Central Nigeria; The rising cases of abduction of school children is alarming and will further disparage stakeholders’ efforts at reducing the rate of out-of-school children in Nigeria, particularly, the girl-child. Schools are now seemingly unsafe for girls and give parents undue justification to force their girl-child into early marriage.
Tackling poverty requires a multidimensional approach and considerations. Implementing interventionist programs to reduce poverty is difficult when violence is on the rise across Nigeria. In addition, poverty alleviation schemes put in place by the government have been rendered ineffective largely due to corruption, uneven distribution, and lack of accountability.
The statement also pointed that while other African countries spend an average of 17 per cent of their revenue on debt servicing, Nigeria is currently servicing debts with 50 per cent of its revenue.
According to the statement, despite the huge borrowings, there is not enough infrastructure to show for it as many Nigerians remain in abject poverty. The Healthcare system is sub-standard, with no stable electricity and the state of most Nigerian roads is still deplorable.
Meanwhile, AAN said the role of the Local Government Areas as the third tier of government in the Nigerian 1999 constitution includes the provision of infrastructural developments at the grassroots. Yet, state governments have continued to usurp the powers and functions attributed to the local governments and only acknowledge them as a sub-unit of the state with no autonomy.

On recommendations, the statement reads in part, “ActionAid Nigeria Board of Trustees recommends that the National Primary Healthcare Development Agency (NPHCDA) should ensure that its multifaceted approach to registration and administration of the COVID19 vaccine be inclusive, recognising citizens in excluded communities; whilst the National Orientation Agency works with other stakeholders to eliminate perceived myths about the COVID19 vaccine.
“We recommend the overhauling and restructuring of the nation’s security architecture to create real changes in such areas as funding, equipment, accountability, and boosting the morale of the men in the field among others. Also, community ownership is key to winning the battle against insecurity as evidenced by ActionAid Nigeria Community Action Response Teams (CARTs) piloted in 24 communities in Kogi and Nasarawa states.
“To reduce poverty, governments at all levels should prioritise policies relevant to specific communities; COVID-19, conflicts, and climate crisis should be carefully considered to successfully reduce poverty in Nigeria. Anti-corruption rhetoric should be matched with action. We call on the federal government, anti-corruption agencies to ensure the implementation of emergency fund management protocols and bring defaulters to book.
“We admonish federal and state governments to expedite actions to make local government councils autonomous to fast-track rural development, strengthen agriculture, create employment, and reduce rural-urban migration.
“To reduce Nigeria’s debt profile, the government must urgently close all leakages along the revenue collection value chain, swiftly reduce the cost of governance at all levels of the polity and expedite the process of diversifying the economy.”