Are Churches and Religious Centres the Primary Problem(s) of Nigeria and Africa? (Part 1) 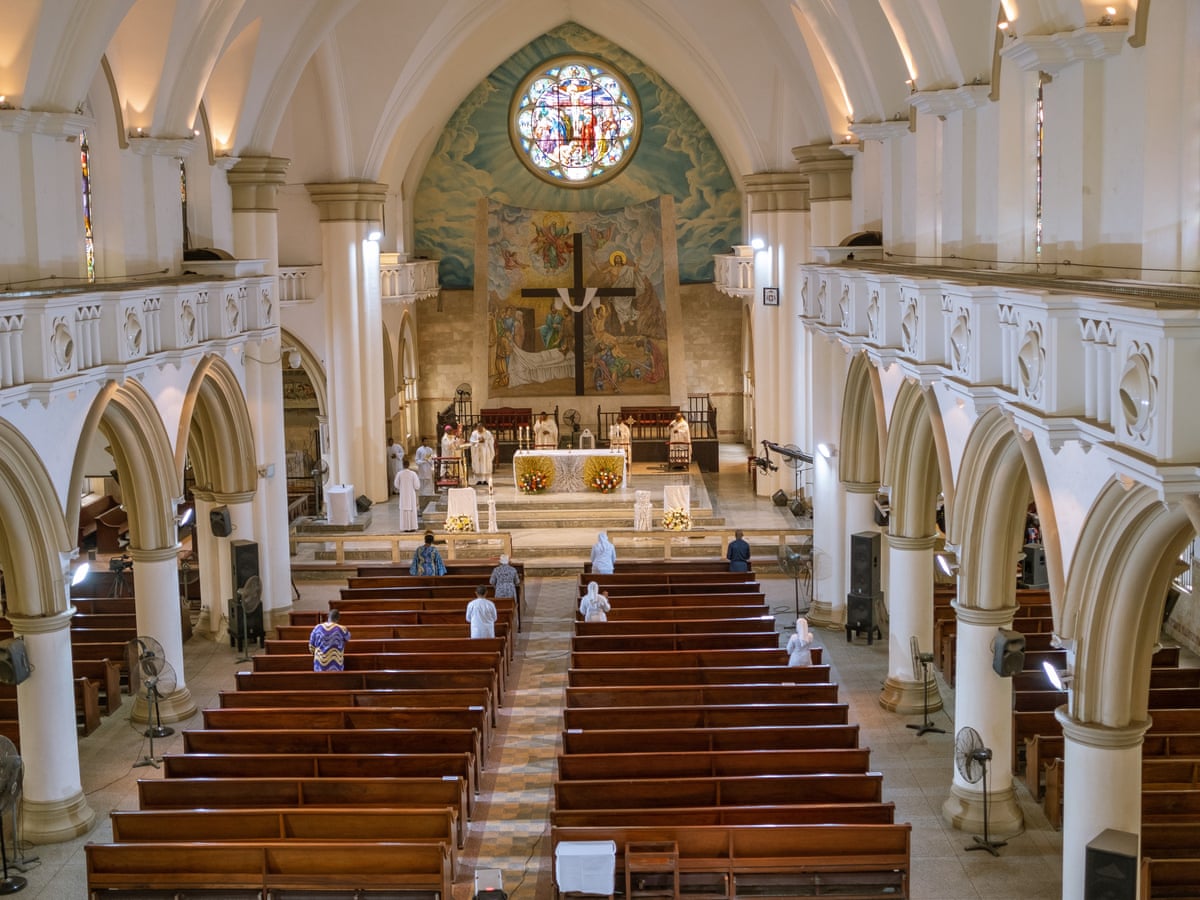 Some people have said with vigorous assertions that the proliferation of churches and religious centres is the reason for the slow progress and lack of development that is still prevalent and apparent in Nigeria and by extension in Africa today.

Also, the other day, I did watch an editorial presentation titled, ”African Religion Economy” on an internet TV broadcast  in which the presenter/broadcaster postulated the unproved hypothesis that the backwardness of Nigeria, ditto Africa, is because of the existence of what he called ”a religion economy” that blackmails and dumps responsibility on God. He also stated that the rich and prosperous countries of the world such as Japan and China do not belong to the religion economy but to a knowledge economy that engages the brain, asks questions and proffer solutions. The subtle — but not so subtle — idea that they want us to believe is that the more religious a people are the more stupid they are.

At first glance, the average person would think that the above are definitely reasonable postulations. But a closer look or examination would reveal that the postulations are based on just emotions of the moment and that they lack substance, thorough insight and understanding of the issues. What those who advocate the above lines of reasoning apparently didn’t capture or willfully ignored is the fact that some of the leading scientific discoveries that have formed the foundation and muscles of modern society were made by British and American scientists who were devout Christians and who publicly affirmed their faith. I’m talking of people like Isaac Newton who conceived the idea of universal gravitation and calculated the gravitational force between two masses, and who in mathematics, established the binomial theorem while also he developed the theory of equations.

In optics, he demonstrated for the first time in recorded human history that white light is composed of all the colours of the spectrum, and that is aside the fact that he was the one that first proposed the three laws of motion (which we all memorized in physics class in secondary school days).

James Clark Maxwell, another devoted Christian who professed his faith in God publicly, wrote a treatise on electricity and magnetism in which he presented a comprehensive theoretical and mathematical framework for the understanding of the electromagnetic field, energy and light. In fact, this religious and devout Christian gentleman also created the vital mathematical basis for the kinetic theory of gasses following years of experimentation by himself and his wife, another devout Christian. Albert Einstein once described Maxwell’s accomplishments ”as the most profound and most fruitful that physics has experienced since the time of Isaac Newton.”

Also, those who try to spread the idea that churches or the so-called religion economy are the reason for the backwardness in Nigeria and Africa deliberately ignore or don’t ever capture the fact that there are more Christians in America than in most countries of the world and that American Christians who are global leaders in science, research and development contribute more than 80 percent of the funding for missionary work worldwide. And we all know that America is a rich and prosperous country by global standards. So, why has religion or the spread of churches not made America backward, poor and underdeveloped? Of course, they turn a blind eye to that.

While religion is a prominent feature in countries such as Nigeria and others prone to corruption, ignorance, disease, poverty, and want, but there are other key or predominant factors involved and at play which are often ignored or downplayed especially by those who try to blame everything on religion and churches, either as a result of ignorance or out of frustration.

Malaysia is a highly religious country that is predominantly  Muslim. But the country has gone far ahead of and surpassed Nigeria in terms of development and economic growth as well as prosperity for its people generally. Visit Malaysia today and observe their highly organised system, social infrastructure and educational system and you will think you are in Europe. This is the same Malaysia that used to look up to Nigeria; and in fact, came to Nigeria begging for palm kernels in the past. Now they have developed technology that surpassed Nigeria’s, such that Nigeria once resorted to hiring Malaysians as consultants to help develop the economic potentials in Nigeria! Isn’t that a shame?

Dubai (a region in the United Arab Emirates) is a very religious enclave, but through visionary and proactive leadership, had surpassed every region in Nigeria. In the late 1980s or early 1990s, if anyone said they were travelling to Dubai for holiday from Nigeria, people would look at them and wonder if they were alright! But not anymore! 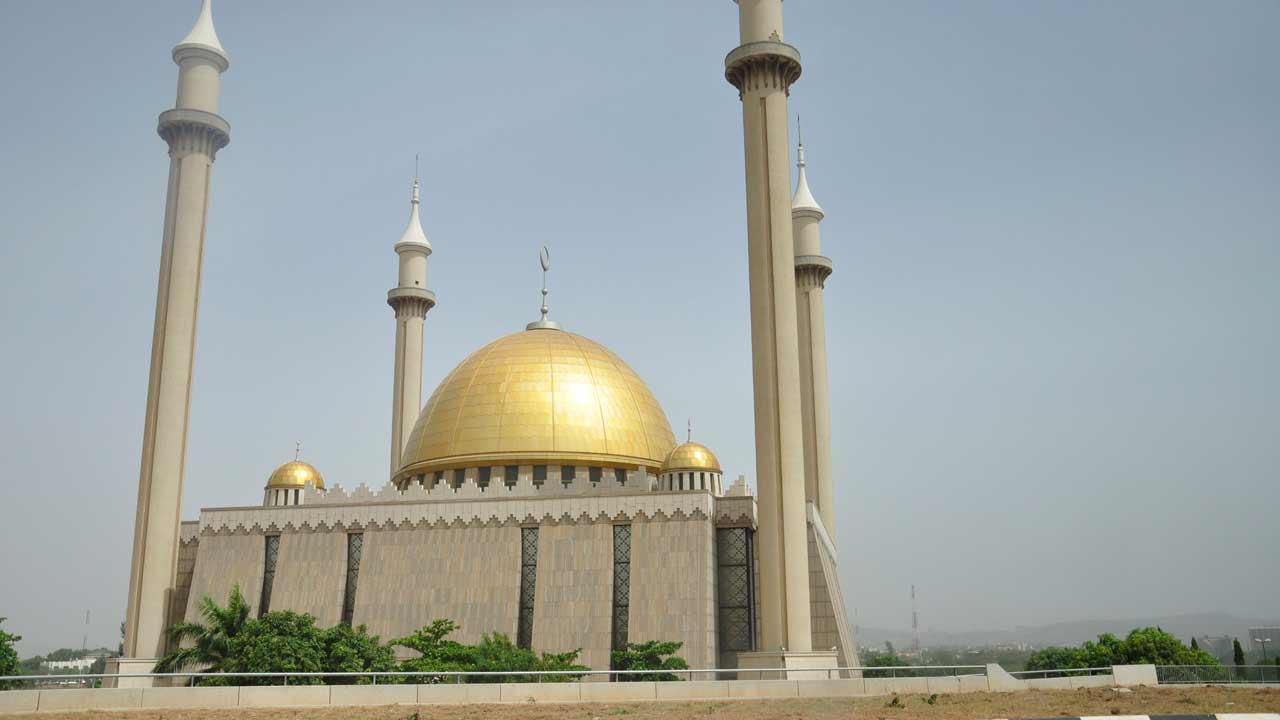 There are other majority Muslim countries in the Middle East like Bahrain, Kuwait and Qatar, that were not close to Nigeria in terms of development in the past. But after discovery of oil, and with effective and proactive leadership, they built societies that are relatively prosperous and cater for the basic needs of their citizens. Qatar has grown to become the richest one on the basis of per capita GDP with incomes said to be in excess of US$ 133,357 per capita; while the United Arab Emirates is the richest on the basis of GDP per capita at PPP (purchasing power parity).

If religion makes nations backward in terms of development and hinder the creation of better living conditions for people, why are the cases of Qatar and United Arab Emirates (which are predominantly Muslim countries) different?

In fact, are you aware that the greatest scientist of the medieval world was a 10th century Arab Muslim by the name of Ibn al-Haytham? Among his many contributions to optics was the first correct explanation of how vision works. He used the Chinese invention of the camera obscura (or pinhole camera) to show how light travels in straight lines from the object to form an inverted image on the retina.

Some other Muslims showed the world the use of ciphers and contributed immensely to philosophy, mathematics, astronomy and medicine. Let’s mention another prominent Muslim, the 10th-century surgeon al-Zahrawi, whose work was hugely influential in Europe and many of the medical instruments that he invented and that are still in use today include the syringe, the forceps, the surgical hook and needle, the bone saw and the lithotomy scalpel.

Should I also mention the legendary ninth century inventor Abbas Ibn Firnas who is considered the Da Vinci of the Islamic world and who is honoured on Arabic postage stamps and has a crater on the moon named after him? Centuries before the Wright brothers (both sons of a Baptist ordained minister) launched their first aircraft in America, Abbas Ibn Firnas made his famous attempt at controlled air flight when, at the age of 65, he built a rudimentary hang glider and launched himself from the side of a mountain and remained airborne for several minutes before landing. This devout Muslim showed the world that it was possible for man to fly in the sky.

So like I said, there are other factors apart from religion, responsible for the evil that has embroiled the retrogressive nature of a society such as Nigeria. Even with China that some people often tout when they want to establish the false narrative that religion is Nigeria’s key problem, they always get it wrong either because of ignorance, or by deliberately obfuscating the fact that China is a very religious nation too.

Their main religions in China are Confucianism, Taoism and Buddhism, which they practise with fervour.

In Japan, another very religious nation, they practise Shintoism and Buddhism.

The most developed countries in Europe have Christian backgrounds and the foundation of society there is still based largely on Christian values. Even the Common Law, Law of Contract, etc., in England has its foundation in Christian, biblical values. Read through Leviticus and Deuteronomy, and you would find the basis for the Law of Evidence there too.

Maybe you haven’t noticed yet, but the largest single church in the world with almost 500, 000 members is the Yoido Full Gospel Church, affiliated with the Assemblies of God Church, in South Korea. And South Korea has more spread of bigger churches and much bigger church attendances (in single, regular meetings) than Nigeria has, but the country doesn’t have the developmental backwardness prevalent in Nigeria. Or, does it?

Now, I believe that the key or critical problems of Nigeria (and maybe by extension Africa) in the light of this discourse are two-faced and intertwined. One, there’s a civilisational problem, a crucially serious one too.

Secondly, there are also cultural problems that are as vicious as they are fierce.

Until the cultural and civilisational problems are addressed, or solved and there’s a complete value reorientation and reset of the national psyche — until Nigeria rethinks, resets and reshapes its regime of approach — the country will forever be stuck in the quagmire of retrogression and backwardness in the global community.