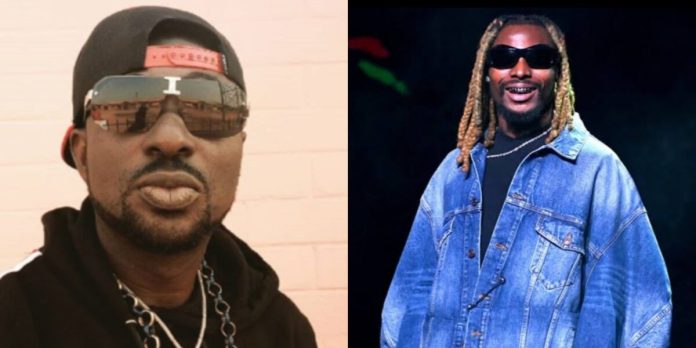 Nigerian singer, Blackface, has accused his colleague, Asake, of intellectual theft by remixing his song without permission.

In a series of tweets, Blackface accused Asake of not getting his permission before remixing his song.

He said he noticed how the artist was attempting to outwit him and that he is considerably smarter than what Asake considers him to be.

Blackface appealed to the ‘Organise‘ singer to do the right thing or face the consequences.

Following his revelation, singer, Blackface called out Asake for not crediting him on the song.

READ ALSO:  How To Know If Truly Your Girlfriend Loves You

Last year, TG has actually revealed that “Joha” was the most expensive video he has shot.

He stated that the budget for the video couldn’t be calculated in Naira as the calculator will spoil.

Expressing his anger on Twitter, he wrote: “You spend $165k dollars to shoot musical video for your artist. Una no fit use 100 naira call the owner of the song before una remix am.

“Una dey form say una smart I believe. E better make una do the right thing because this one I no go sorry for una! I dey come.

“They love music I know But does it give them the right to sample remake or remix works I have already.”

Frank Talk Now also recalls that this is not the first time Blackface will be accusing an artist of copyright infringement.

In 2022, the former Plantashun Boiz member accused his industry colleagues, Burna Boy and Wizkid, of sampling his song, ‘Twist and Turn’, without permission in his song, ‘Ginger‘.