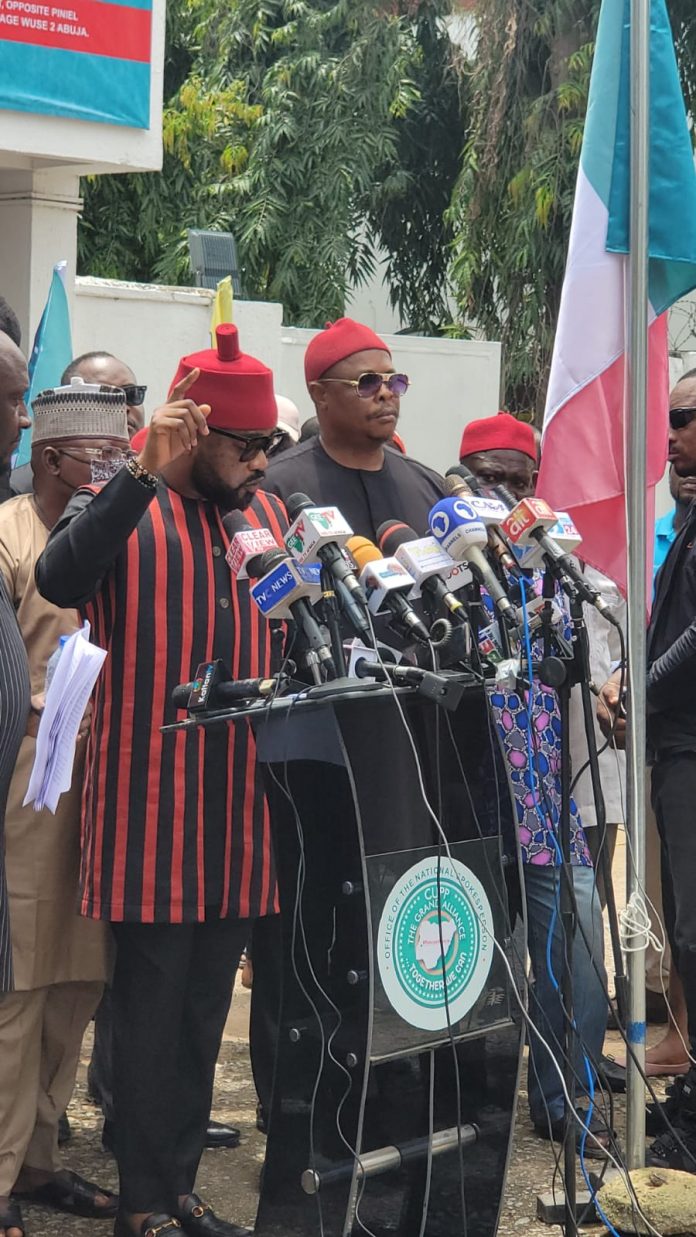 The Coalition of United Political Parties (CUPP) has urged the National Assembly to commence impeachment proceedings against President Muhammadu Buhari.

The spokesperson, Ikenga Imo Ugochinyere made the call on Wednesday at a press conference.

He alleged that the President had abused his office, grossly misconducted himself and failed to protect the lives and property of Nigerian citizens.

Ugochinyere said life was now so cheap in Nigeria that leaders “do not even show empathy anymore”.

The CUPP said people are becoming unfeeling since wanton killings have become the order of the day and every new death is taken for granted.

The parties called on opposition lawmakers to work “in alliance with patriotic members who are imprisoned in the APC and seeking liberation to commence action and impeach the Senate President, Ahmad Lawan and House of Representatives Speaker, Femi Gbajabiamila immediately”.

The CUPP alleged that both leaders of the chambers of the National Assembly have failed to guide their colleagues to act as checks and balances on the Executive.

“They do not have respect again as several members of the Executive ignore them even when they are officially summoned.

“Lawmakers are no longer respected and are ignored even when they officially summon officials of the Executive because they are daily moving form office to office begging, blackmailing and grabbing anything and everything they can grab.”

Ugochinyere announced that the CUPP has filed a suit at the Federal High Court to seek an order of mandamus to compel the National Assembly to perform its constitutional duty by investigating the several allegations of gross misconduct against Buhari.