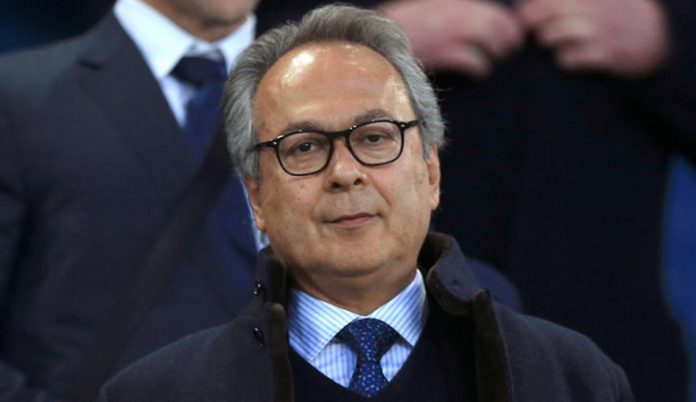 Everton’s majority shareholder Farhad Moshiri has said he is not walking away from the crisis-ridden Premier League club despite supporter protests calling for him to sell up.

But the British-Iranian businessman is seeking outside investment to help fund the completion of Everton’s new 53,000 capacity stadium.

“The club is not for sale, but I’ve been talking to top investors of real quality to bridge a gap on the stadium.

“I can do it myself. The reason I want to do it is to bring top sport investors into Everton. We are close to having a deal done.

“It is not selling the club at all, it is just bringing more expertise in terms of global sponsorship, commercial development,” Moshiri said in a video interview with the Everton Fan Advisory Board, posted on the club’s website.

Frank Lampard was sacked as manager on Monday with the Toffees second bottom of the Premier League, putting a 69-year stay in the top flight at risk.

Poor form on the field has sparked unrest among the fans with numerous demonstrations against Everton’s board in recent weeks, leading to the directors not attending a match against Southampton earlier this month due to security concerns.

Moshiri has poured money in since a takeover in 2016. Everton’s losses over the last three years amount to £372 million ($457 million).

However, he has been heavily criticised for his running of the club with Lampard the seventh permanent manager to depart in seven years.

The Everton Stadium, situated in Liverpool’s Bramley Moore Dock, is due to open in time for the 2024-25 season.

Moshiri called on the support to back the team in that manner in response to an “existential” crisis.

“This is the most critical time in our history. It is almost an existential point.

“I am committed to this club, not just to this stadium but to join the elite. But I need your help.

“Everton has been dependent on Goodison and the twelfth man. I know that we are much weaker without the full-hearted support of the fans and I will do whatever it takes to get the fans on board. I’m on it 24 hours a day,” he added.

Everton are not in action again until they host Premier League leaders Arsenal on February 4.