No uniform minimum UTME score for Admission in Nigeria- JAMB 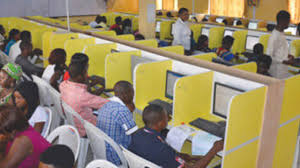 The Joint Admissions and Matriculation Board has said  that there is a layer of misconceptions on what is generally described as “uniform minimum national UTME score” for admission into tertiary institutions in Nigeria.

According to the board, “Many candidates and some members of the general public have come under erroneous impression that there is a minimum national UTME score, which they also refer to as “cut -off point”.

“The truth is that there is no one particular national minimum UTME score for all universities, Polytechnics or Colleges of Education in Nigeria. It has never been.”

It also stressed that UTME score was not the sole determinant of placement of candidates into tertiary institutions.  “The undue attention to the so-called national minimum UTME score (UTME cut-off point) is a major source of failure of many ill-informed candidates who assumed that they have finally attained the benchmark having achieved the so- called minimum national score or “cut off point’ for admission.

“It is therefore a double jeopardy for many candidates who swallow the popular myth that there is a uniform UTME score (cut-off) for all Universities, Polytechnics or Colleges of Education in Nigeria. The myth also incorporates the erroneous impression that it is only the UTME score that constitutes the benchmark for admission. These are far from the truth. Such candidates on attainment of particular grade in UTME celebrate in advance their imminent placements, which in reality may not be at the end of the day”

“No uniform minimum UTME score (cut -off) for all Universities, Polytechnics or Colleges of Education in Nigeria; each Institution determines and submits to JAMB its minimum UTME score; after having analyzed the UTME performances of its applicants against its available quota.