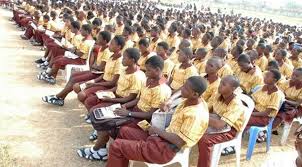 The Chairman, Osun State Universal Basic Education Board, Israel Famurewa, has said that there is a need to fasttrack the implementation of the reviewed reclassification policy of government-owned schools in the state.

Famurewa in a press statement said that efforts are ongoing to ensure that the new policy is implemented when schools resume after COVID-19 break.

He said, “There is a need to fast track the process of implementing the review of the education policy so as to put necessary logistics in place before the schools resume. The review is targeted towards restoring 6-3-3-4 classification system through which each level of education will return to its earlier class structure.”

The statement quoted Famurewa as saying this during the concluding part of data gathering and physical assessment tour of nine federalconstituencies of the state by top government officials held at Ijebu-Jesha High School on Friday.

The Osun State government had approved the reversal of single school uniform, ‘reclassification’ of the public-school system, and the restoration of conventional single-sex school introduced by the immediate past Rauf Aregbesola’s administration months back.

The approval was given following the recommendations made by a panel led by Professor Olu Aina which was set up to review the education policies of the past administration.

“Thus, this necessitated this tour across the nine federalconstituencies of the state as it’s hoped to bring the desired result in no distant time for the benefit of our children and their teachers.”

The Director of School in the State Universal Basic Education Board, Alhaji Yaya Bakare, added, “The tour is for data gathering and physical assessment of schools across the nine federal constituencies of the state as it preludes the implementation before the schools’ resumption”.

The top officials of SUBEB who joined Famurewa in the tour include the Executive Secretary of SUBEB, Mr. Adeoye Bakare, Commissioner (Technical), Chief Moshood Adekunle Oluawo, Commissioner (Services), Hon. Amos Akindiya, and other members of the board and directors.