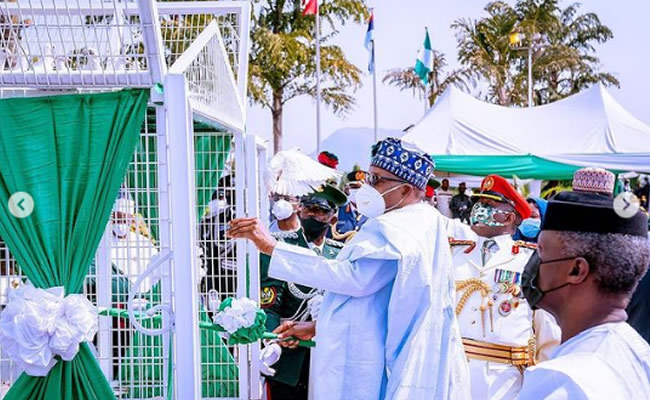 There was a mild drama at the venue of this year’s Armed Forces Remembrance Day held in Abuja earlier Friday as the white pigeons, released by President Muhammadu Buhari refused to fly.

The President, eager to make them fly, made multiple attempts to push the birds to the air but they refused to fly.