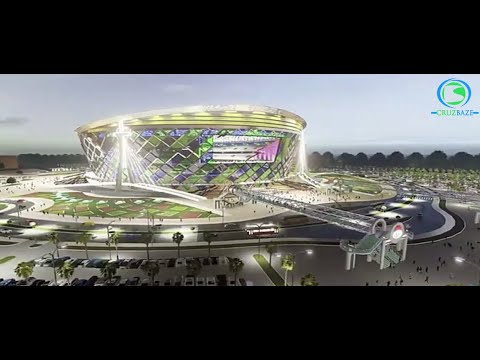 The groundbreaking for the Legacy Project, the 100,000-seat capacity Sanctuary called The Ark, took place at Canaanland on Thursday 25th March 2021. The roughly three-hour-long event began at 11 am and saw church leaders and members alike assemble to commit the project into the hands of their God.

Presiding Bishop of the Living Faith Church Worldwide otherwise known as Winners Chapel, David Oyedepo had earlier disclosed the commencement of the long-awaited megachurch auditorium ‘The Ark’ project to be carried out by the Church.

According to Bishop Oyedepo, the event is a “spiritual handing over of the project to the builder”. He then explained that the same event took place at the dedication of the prestigious Covenant University back in 2002.

The Ark will specifically take 106,000 seats and will include a 20 Floor Mission Tower (an International Headquarters Facility).

It will be partly built on the site of the old Faith Academy, with a new campus already standing and accommodated by the secondary school students. The adjoining Faith Tabernacle, which is the church’s current auditorium, will become its “overflow” facility.

READ ALSO: MEET The 13-Year-Old Nigerian-American Formula One Star Who Just Signed A Deal With McClaren & Dubbed The Next Lewis Hamilton

According to Bishop Oyedepo, the Church has maintained strict budgeting and never went out of her budget for the “multi-billion naira” project.

The Bishop also declared prophetically that “the Ark shall remain a Sanctuary of Jesus forever and there will be many more high palaces for Jesus around the World.

“Jesus will meet people worshipping in this Sanctuary whenever he comes whether in 1000 or 2000 years”.

See the rendered plan for the mammoth project here: